WHO IS JIM REVAK? 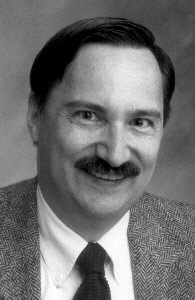 Jim Revak is a writer, speaker, and consultant with expertise in the areas of Tarot, creativity, and marketing research.

His publications include Tarot Divination: Three Parallel Traditions, The First Integration of Tarot and Astrology (with Elizabeth Hazel) in The Tarot Journal (Spring 2002), and Know Your Customers: Marketing Research for Small and Medium Size Businesses.  Original research by him includes The Influence of Etteilla and His School on Mathers & Waite and Social Values and the Marketing of Science Museum Memberships (Master’s Thesis).

He has been a long-time avid student of Tarot, having purchased his first deck about thirty years ago.  He is the owner of Villa Revak/A Tarot Website, which is visited by 3,000 individuals monthly, an assistant editor and peer reviewer for The Tarot Journal, and a member of the International Tarot Society.  With respect to divination, he has also worked with the I Ching extensively.

As a speaker he has led the personal growth seminar Living With Passion & Purpose, which has helped others from all walks of life to use creativity to enrich their lives.  Jim also speaks about marketing research when he makes such presentations as: How to Use Marketing Research to Increase Your Profitability and How to Read a Survey Report (What You Don’t Know Will Hurt You). His other topics include how to use creativity to solve problems, increase business productivity, and enrich your personal life.

He also occasionally speaks to entertain when he tells such diverse stories as A Skunk for All Seasons, an original, humorous folk tale, and Orfeo and Euridice, a suspenseful re-telling of the classic Greek love story.

He holds an MS in Marketing from San Diego State University, a BA in Music from Rutgers University, and the Advanced Toastmaster Gold designation from Toastmasters International.

He has resided in San Diego, California, since 1990.